How Have Toothbrushes Affected Society? 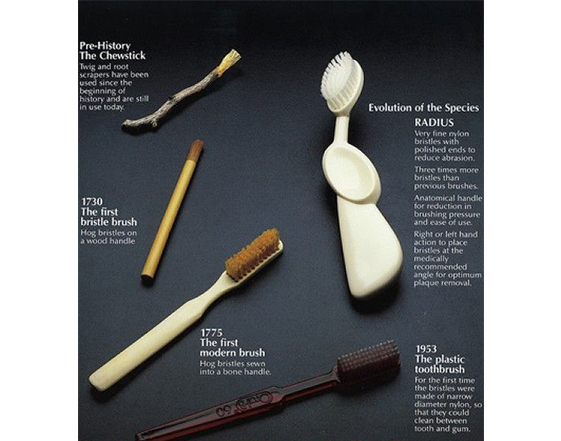 Can you even imagine your life without your toothbrush? Every morning after waking up the first thing one does is brush their teeth. Before going to bed brushing is a must. A toothbrush might seem like one of those things like fire and water. Like the natural elements, brushes seem like they have been used by humans since time immemorial. However, it is a rather recent invention. Cleansers like soap and shampoo fall into the same category. Now since ancient times, human beings have been using some form of these items for everyday use. The modern-day toothbrush hardly resembles their ancestors. The evolution of toothbrushes has a quite long and eventful history. The brush that you use today was invented by William Addis. Yet many others donated in this field and that has led to what we call a ‘toothbrush’ today.

Records show that toothbrush dates back to ancient civilizations. According to some historians, Egyptians were the first to use something like a toothbrush. Mesopotamians also used something similar. The oldest toothbrush to be ever used dates back to 3500 BCE. they were also found in a series of pyramids and tombs discovered in Egypt. Despite this being the case the ‘ brushes’ used are very different from what you get in the market today. They did not have any bristles or a handle. Rather the people chewed on the end of a think branch or a stick from some specific trees to form a brush. In India, neem tree branches were used for the same purpose. These trees also have medicinal value that could make your teeth and gums stronger.

The Chinese in the 15th century attached tufts of animal hair to a bamboo piece. This is not only the first bristled toothbrush but also the father of modern toothbrushes. They used the hair of wild boars and horses. Wild boar fur being coarse, horsehair became the go-to option, especially in Europe. There was another method that Europeans used for the same purpose. Known as the ‘Greek method’ this technique involved cleaning the teeth with a soft cloth and water or rubbing alcohol.

William Addis took inspiration from all these and made the first toothbrush with a handle and bristles. It is said that his invention, like most other great discoveries, was accidental. The nylon bristles did not come into the picture before 1938. This brought about massive development in the toothbrush industry. The nylon filaments were softer and gentler on the gums than the animal hair options. Besides, the production cost decreased and the maintenance of the brushes became a lot simpler. Whatever be the case, the toothbrush changed the way the world looked at oral hygiene.

How Did Toothbrushes Affect The Society?

This might sound crazy but, though some form of a cleaning tool excited in most cultures, Europeans began brushing much later. The greek method, as mentioned earlier, was more like rubbing than brushing. It was not until World War 1 that toothbrushes had such high demand. William Addis used cow hair on a cow bone for his brushes. During the war period, food became more important than cleansing tools. This is when for the first time plastic and fiber became the chief component for the handles. The present toothbrush is a descendant of this very family.

From the time of their introduction, toothbrushes took the world by storm. It might not seem like a big deal now. But as said before, this changed the very concept of oral hygiene. American soldiers brought toothbrushes with them back home after developing the habit on the battlefield. This habit soon proved to be very effective and beneficial. There was a time when brushing was believed to be detrimental to your health, especially in the west. Despite that, the population was quick to understand the health benefits of brushing. Brushing was now a crucial part of most people’s lives. And with the western cultures taking over the world, their manufactured goods began to be used more. This finally led to the regular habit of brushing with pea-sized toothpaste daily. It is to be noted here that currently there are over 3000 patents. This means that there have been many modifications to the design, style, and technology of these tooth cleaning apparatus. Currently, electric toothbrushes have become all the rage.

Pros Of Brushing And Using A Toothbrush

The market today offers a variety of different types of toothbrushes. Electric brushes are running on the battery. There are brushes where the bristles are infused with charcoal for better cleaning and many more. Electric toothbrushes have become particularly popular now owing to their method of cleaning. The traditional toothbrushes are great and they do enough to protect your set of teeth. The electric toothbrushes differ only in their mode of operation. They provide thorough cleaning in all the nooks and crannies of the mouth cavity. They ensure that no food particle is stuck in between two teeth. This, later on, becomes the breeding ground for germs that cause diseases like pyorrhoea, Bleeding gums, and bad mouth odor. The freshness that you feel after is also an important benefit of brushing. Toothbrushes when used prevent cavities and carries from forming in the molars and premolars. They also keep your tooth enamel and roots along with the gums healthy and strong. Studies show that brushing your teeth daily has a lot of positive impacts. A toothbrush can be very effective and advantageous in preserving your oral health.

As you can see, toothbrushes are a boon to mankind. Oral health and hygiene are important. But toothbrushes do much more. They keep your teeth white, make your smile beautiful, and increase your confidence. Many a time, brushing seems like a tiring prospect after a long day. But skipping it even once can be damaging. The number of times you should brush in a day depends on the dentist’s recommendation. Typically brushing twice, once in the morning and once at night is advised for best results.